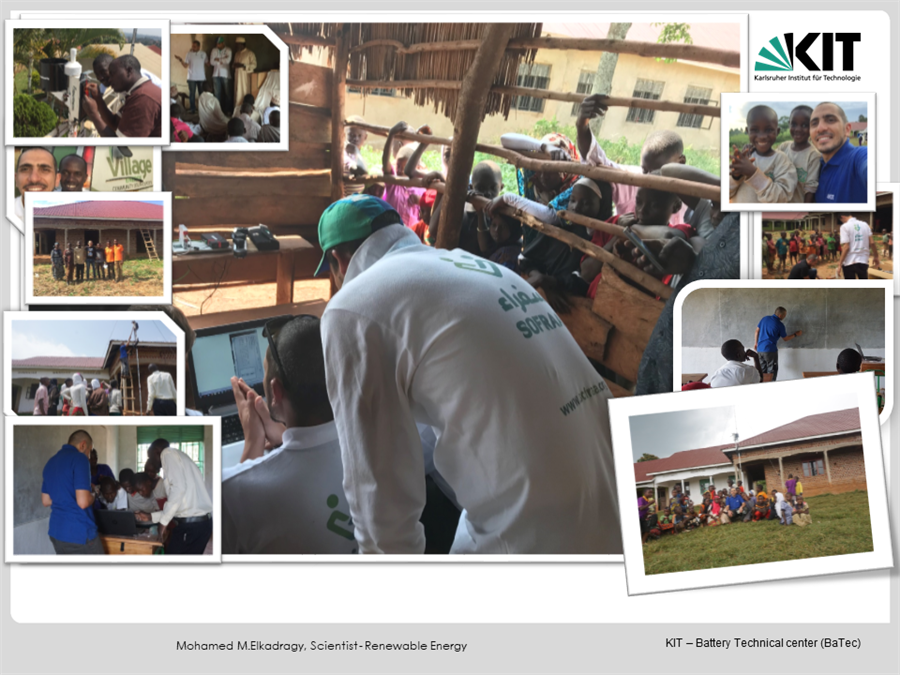 Off-grid hybrid renewable energy systems (OHRES) utilize renewable resources, such as wind and solar power, as well as backup generators to provide electricity for remote communities. A major challenge to the accelerated expansion of these systems is a lack of reliable data assessing the technical and economic performance of systems across diverse geographies. This is due to the lack of standardization in technical and economic analyses for OHRES systems.

Mohamed Elkadragy, a PhD candidate in Renewable Energy at the Karlsruhe Institute of Technology (KIT) embarked on a techno-economic study of OHRES systems with the support of AE4H in 2017. The goal is to carry out a contrastive techno-economic analysis and system design optimization of two similar wind/solar OHRES systems installed in locations with very different climatic and economic conditions - Canada and Uganda. The aim is to understand how technical, economic, and environmental contexts influence the economic feasibility and sustainability of OHRES systems. 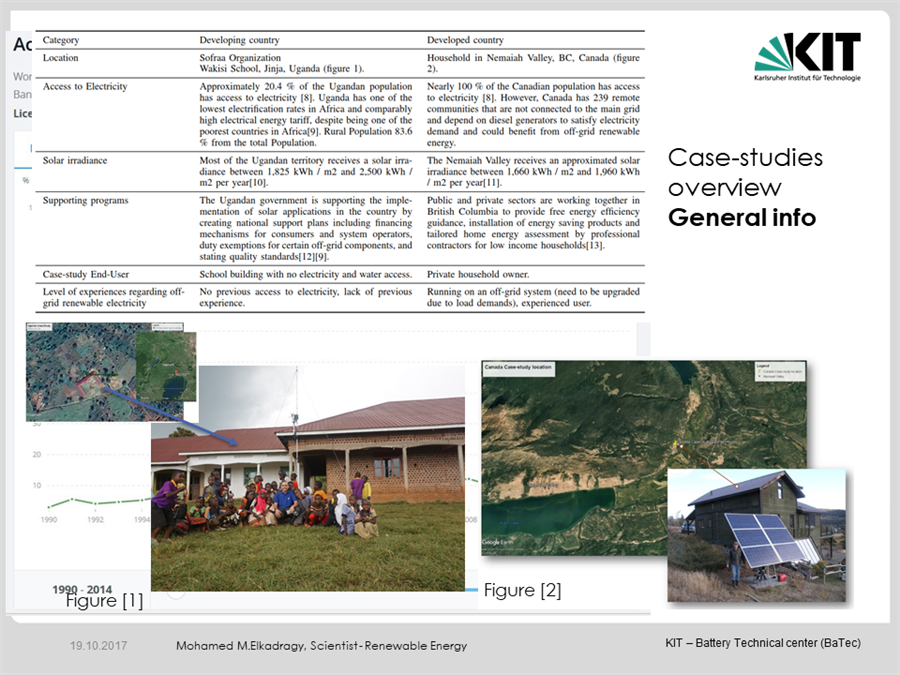 The road to clean, reliable electricity for remote communities 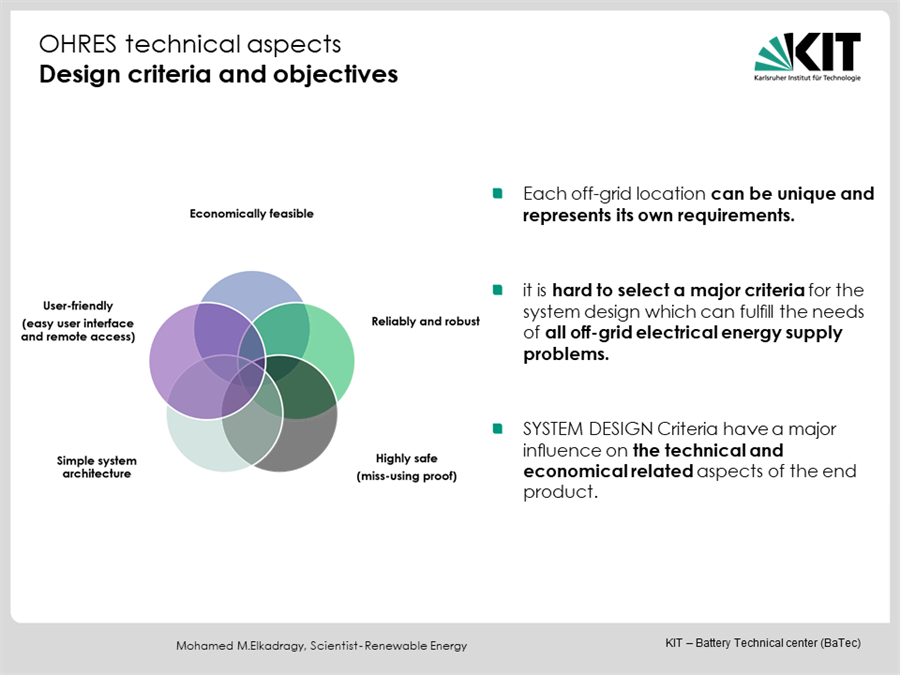 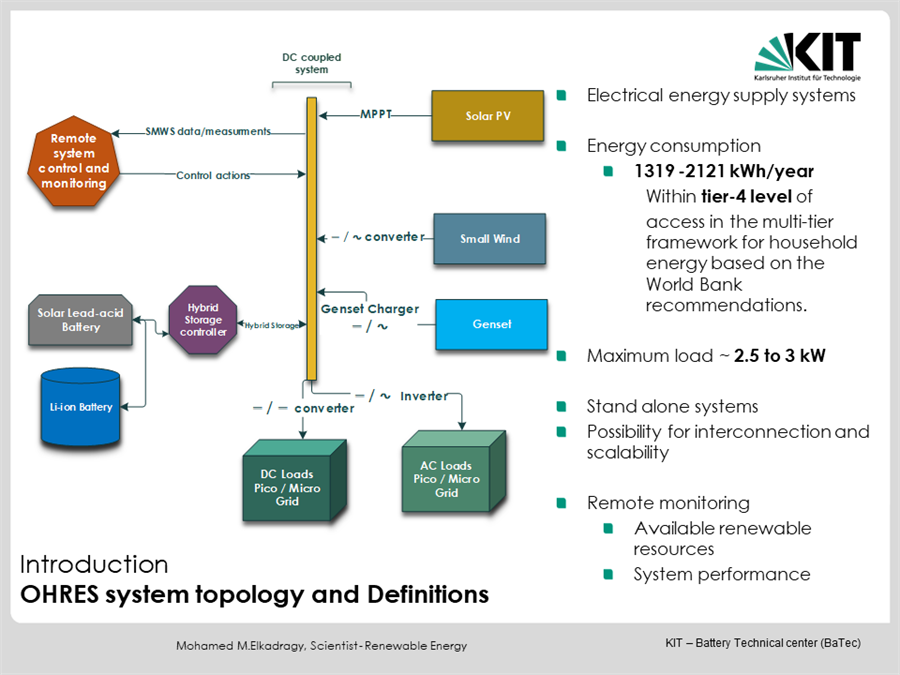 A load profile template was developed and used to collect load behaviour information from both locations for the total connected loads (TCL) and average connected loads (ACL) every hour. The annual energy consumption of both case studies falls within the tier-4 level of access in the ESMAP multi-tier framework for household energy use. 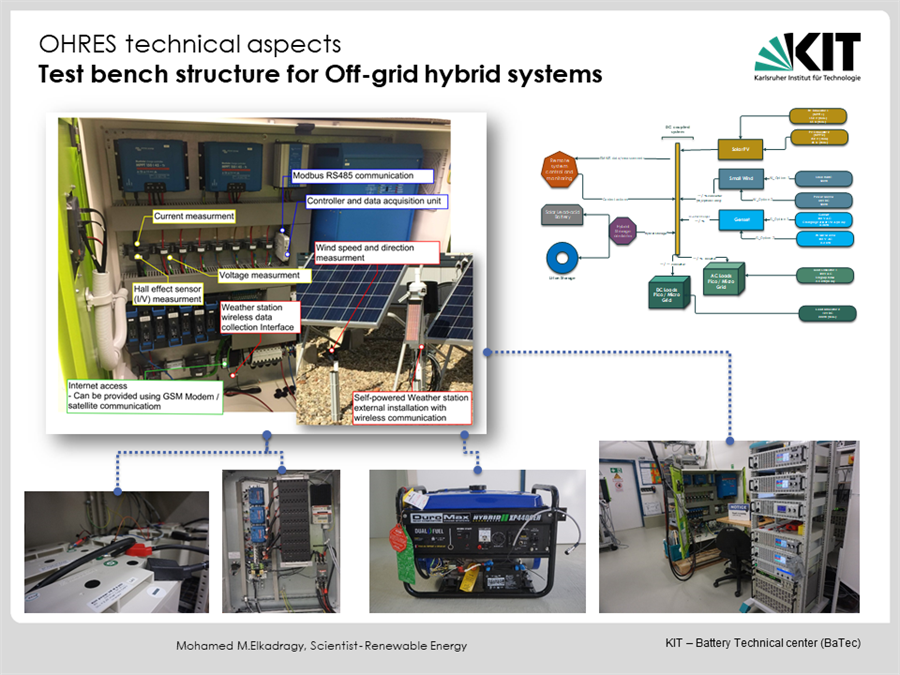 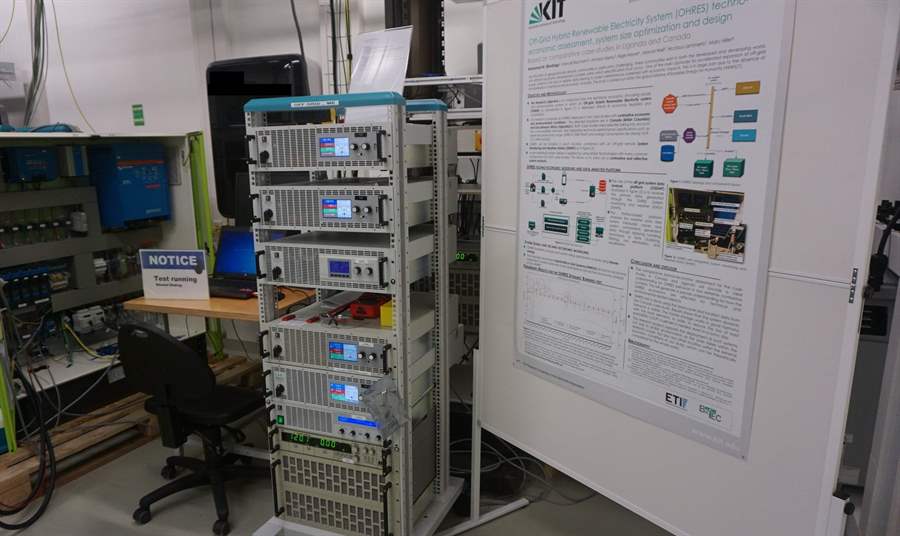 The Hybrid Micro Grid Systems (HMGS) techno-economic assessment model was used, which was originally developed for the assessment of standalone systems. The HMGS model was altered with a new optimization algorithm that aims to minimize the loss of power supply probability and the levelized cost of electricity as well as to increase the share of renewables in the system. This was achieved by finding the best composition of generation units and optimum energy storage operation mode. 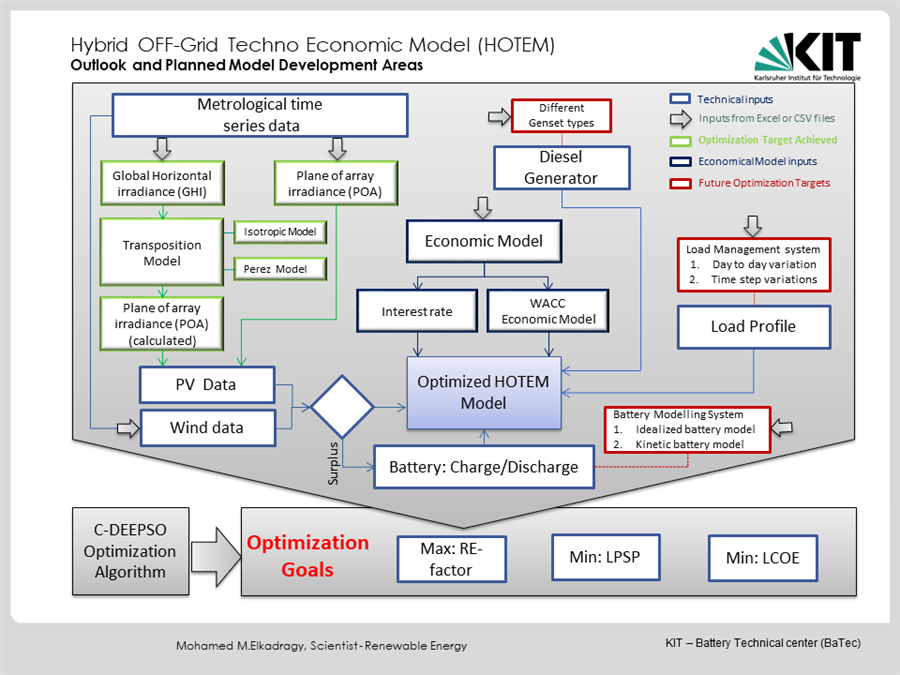 The Platform is developed to be light, operates in the background, cross-platform compatible, adaptable to different Offgrid Hybrid Renewable Energy Systems (OHRES), and integrable with other energy system compilers. However, The cornerstone of the platform is data reliability validation in which to be used for modeling Hybrid generation systems, optimizing off-grid systems and generating techno-economic models. 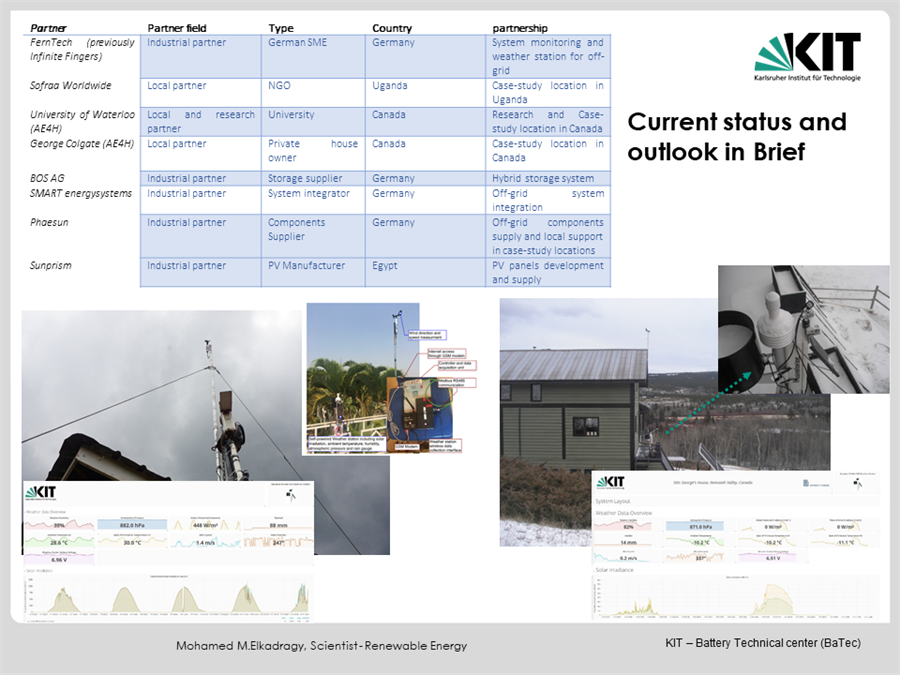 Current status of systems in the field 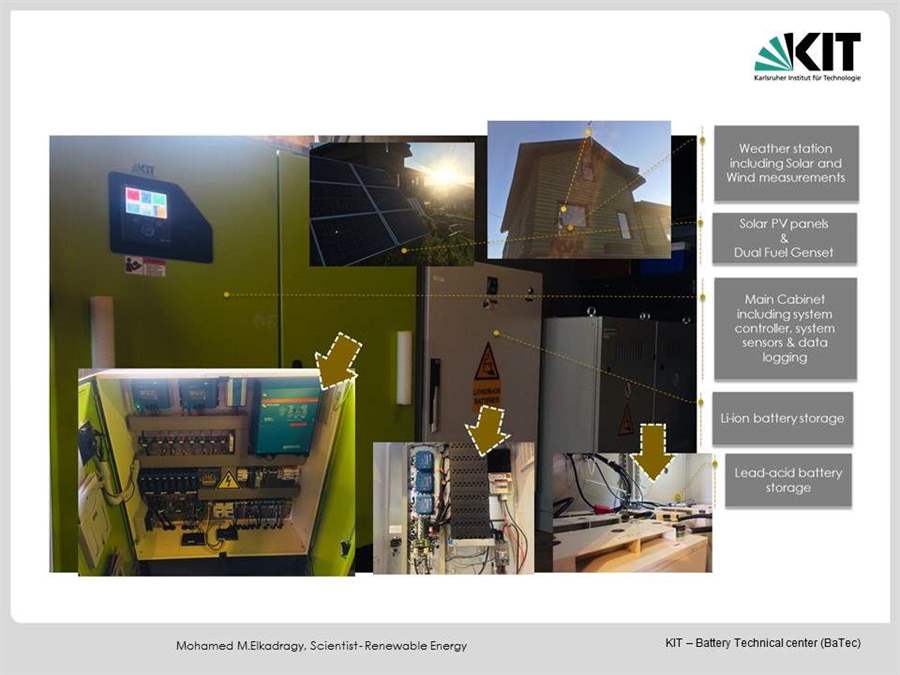 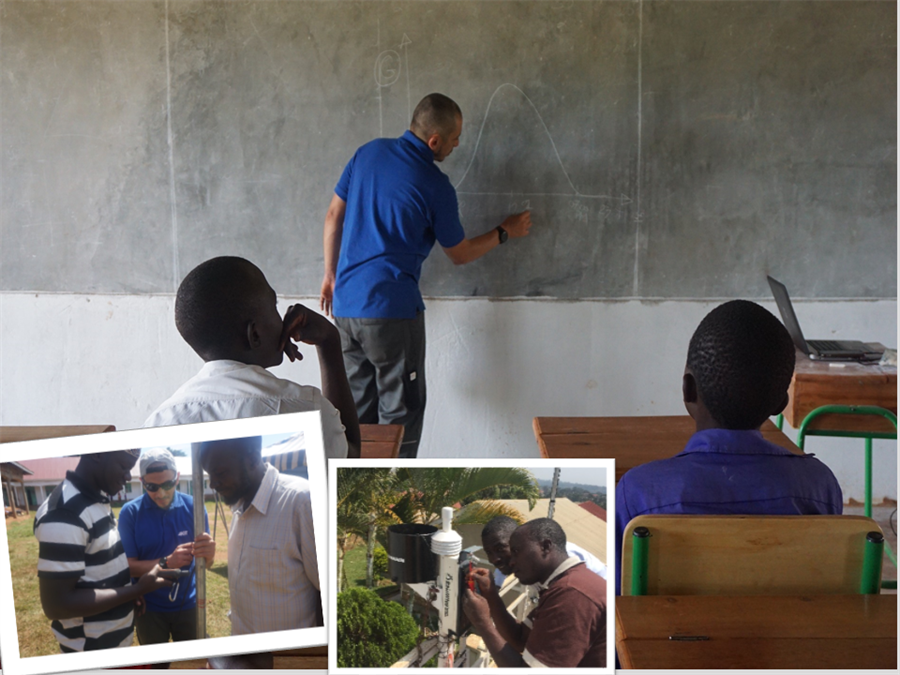