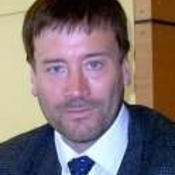 Professor Cárdenas is a senior member of the Institute of Electrical and Electronic Engineers and a reviewer for several IEEE transactions including IEEE Trans. On Power Electronics, IEEE Trans on Energy Conversion and IEEE Trans. on Power Electronics . He received the best paper award in 2005 as the principal author of the best paper published in 2004 in the IEEE TRANS. ON INDUSTRIAL ELECTRONICS. He also received the prize “Ramon Salas Edwards” from the Chilean Institute of Engineers as one of the supervisors of the thesis selected as the best Chilean Engineering Thesis of 2009.

Roberto Cárdenas is an Associate Editor of the IEEE TRANS. ON INDUSTRIAL ELECTRONICS and has been Guest Coordinating Editor of Special Issues in the same journal. He has published more than 120 papers in international conferences and journals, with 50 papers published in Scopus journals. According to the Scopus database his current H index is 25 and his work has been cited about 2400 times.