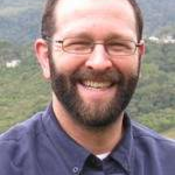 Rob is a senior scientist, focused on the relationships between energy, social welfare, and environmental change in developing countries. He first became interested in these themes while working as a teacher in the U.S. Peace Corps in northwestern Kenya. He joined SEI-US in September 2015, after a decade as an academic researcher and university instructor.

Rob's current research focuses mainly on biomass energy, ranging from traditional energy carriers like wood and charcoal to advanced liquid biofuels. His work on household energy includes ongoing projects on improved wood-burning stove dissemination in Honduras in partnership with Proyecto Mirado (a local NGO), multi-scalar assessments of woodfuel sustainability sponsored by the Global Alliance for Clean Cookstoves, and an improved stove intervention in India supported by a grant from the U.S. EPA.

Rob is also interested in social impact assessment and life-cycle approaches to help understand the implications of increased reliance on non-traditional forms of bioenergy in both developed and developing nations. His research has explored oilseed crops and eucalyptus plantations in Brazil as well as forest-based bioenergy in the southern U.S.

Rob has a B.S. in physics from Pennsylvania State University, an M.S. from Northwestern University, and a Ph.D. in energy and resources from the University of California, Berkeley.