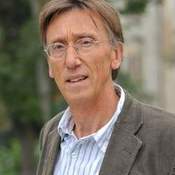 John Holmes is the co-leader of the 'Smart Villages' project which aims to provide policy makers, donors and development agencies concerned with rural energy access with new insights on the real barriers to energy access in villages in developing countries – technological, financial and political – and how they can be overcome.

He is a Senior Research Fellow at the University of Oxford, concerned with enhancing the use of science in environmental policy making, and an independent consultant. He has a first degree in Natural Sciences from Cambridge University, a PhD in Mechanical Engineering from Imperial College London, and an MBA from Brunel University. The early part of his career was in technology assessment and research management relating to the development of clean coal technologies. He subsequently moved to the nuclear industry as the director responsible for the science and, subsequently, the engineering of the UK’s radioactive waste disposal programme. A further move to the Environment Agency, the environmental regulator for England and Wales, as Head of its Science Programme preceded his joining the University of Oxford in 2004. He has also filled the role of Secretary to the EASAC Energy Programme.