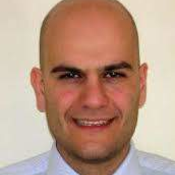 Offline
Director of Studies in Engineering
University of Cambridge